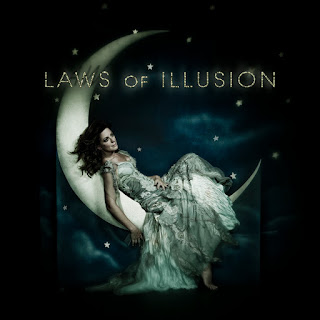 The Grammy award winning, multi-platinum singer/songwriter, Sarah McLachlan has released her long awaited new album, Laws of Illusion on June 15th! It's been 7 years since she has put out any new music. In high school I heard her song In the Arms of an Angel played at more funerals than I care to remember.


Here are the songs you will find on Laws of Illusion:

Over the 2 decades that Sarah has been putting out music she has had over 20 million career sales and every one of her studio and live albums have been certified gold, platinum or multi- platinum by the RIAA. After listening to Laws of Illusion I can say that my favorite songs are Loving You is Easy, Changes, Awakening and Forgiveness. You may have caught Sarah on a couple t.v. shows lately. She preformed at the Opening ceremony of the Olympics this year. She has also been on Live with Regis & Kelly, Jay Leno and Dancing with the Stars just to name a few. I think dealing with her divorce was a fuel to the fire of the beautiful work that is Laws of Illusion. I think Sarah's music can go straight to your soul. I enjoyed just hanging out on the couch listening to Laws of Illusion and I also enjoyed blasting it on the stereo while I was cleaning.


You can buy Laws of Illusion from Amazon

, Barnes & Noble and even on iTunes just to name a couple of places. I hope that anyone that buys Laws of Illusion enjoys it as much as I did. I hope it's not another 7 years before we hear from Sarah McLachlan again.You can find Sarah McLachlan on twitter and you can "like" Sarah McLachlan's Facebook page.