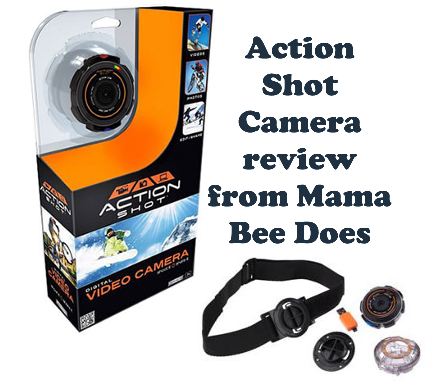 C has gotten more in to sports this year. He's not quite living (or playing) on the edge just yet, thank goodness, but he enjoys himself. He also enjoys his beehives. I agreed to the Action Shot camera review in hopes that he could attach the camera to his suit that he wears while he and Dad are at the hives so Little K and I could see what they do at the hives without being within stinging range of the hives. I dislike being near bees- a lot. It has been too cold to go in to the hives right now but this weekend it is supposed to be in the 70s so I am trying to talk the guys in to going to the hives while wearing the camera. With the camera I will be able see the hives, all the bees and what goes on inside a bee hive from the sting free safety of our house. Just because the action shot camera is made to capture athletic and gaming adventures doesn't mean that is all you can film or photograph. Sure when the boys are a little older and braver Im sure I'll hear "Dude let's go strap the camera on the bike (or skateboard or car or something crazy)" Or something of that sort but for now we are enjoying playing with the Action Shot camera. The Action Shot camera can attach to bikes, skateboards and even helmets with the Action Shot Cam Mounting Accessories kit. To a young guy and his buddies having proof of their feats would be worth a lot to them right? and having the photos and videos that they can even share on YouTube could make them the next YouTube sensation. The camera sells for around $49.99 at stores like Walmart, Kmart and Target or you can spend a little more ($99.99) and get the HD Action Shot camera. 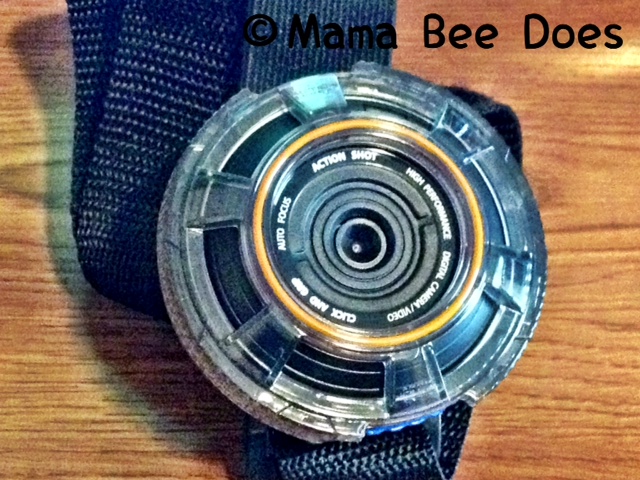 So what did we think of the Action Shot Camera?

The boys think it's awesome. Little C thinks he is the coolest because he has his very own portable mini camera. They have worn the camera on their heads, on the bikes, around Little C's waist and even just walked around with it in their hands. They also got the big idea to strap the camera to one of their remote controlled RC truck toys and run it around.

What mama thought: The Action Shot Camera is a great idea. No matter the shenanigans that my boys end up doing we will have the photos and videos of their childhood for great memories to look back on later. The Action Shot Camera was easy to assemble right from the box. Before we could try the camera out we had to hook it to the computer with the dongle and let the battery charge up. Once fully charged, I just popped it in the mounting case and attached it (with one click) to the helmet mounting strap. The fully charged battery will last up to about 3-4 hours then it will need a recharge. I saw a note included in the box of the camera that said the camera was made for outdoor (daylight) use. I found this to be true as we used it inside the house a few times. The videos were kind of darker when used indoors but if you were going from indoors to outdoors the camera does transition pretty well. If you do decide to use the digital video camera inside just try and make sure the area is very well lit for the best video and photo quality. The camera allows you to shoot maximum action shot video at 60 frames per second with the compact 20mm lens. The "stunt crew" needs to make sure the camera is pointed where they want before sending the camera off on its journey because the photos or videos could come out off or at a bad angle. If we had the Action Shot Cam Video Viewer attachment this would make things a little easier as they can shoot a little and use the viewer to preview their shots and then send the camera off to shoot their photos and videos. The videos aren't movie quality but they are very clear when used in the natural light outdoors. For $50 I think the Action Shot Camera is a good deal as this is being promoted as a child's toy for the most part and I'm sure the guys will love it even more as they get older.

disclaimer: This review was made possible thanks to Mom Spark Media. We received an Action Shot camera for this review. Opinions are our own.