Trier, the oldest city in Germany. When we first heard about Trier, its all good things from the natural beauty to the history. There are a lot of historical sites and monuments, mixed in the with the shopping and dining. Just from our two experiences here, the city has been placed at the bottom of our favorite places list. While the city, itself, is pure beauty, the locals are not the friendliest of Germans. Let’s just say we’ve met nicer people. Anyway, on with the sites and beauty that make Trier a popular tourist attraction.

First, there is the Dom Cathedral. 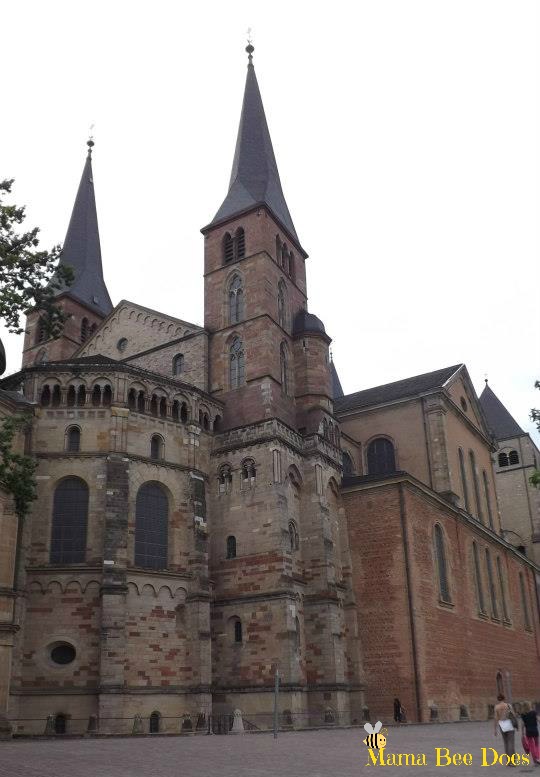 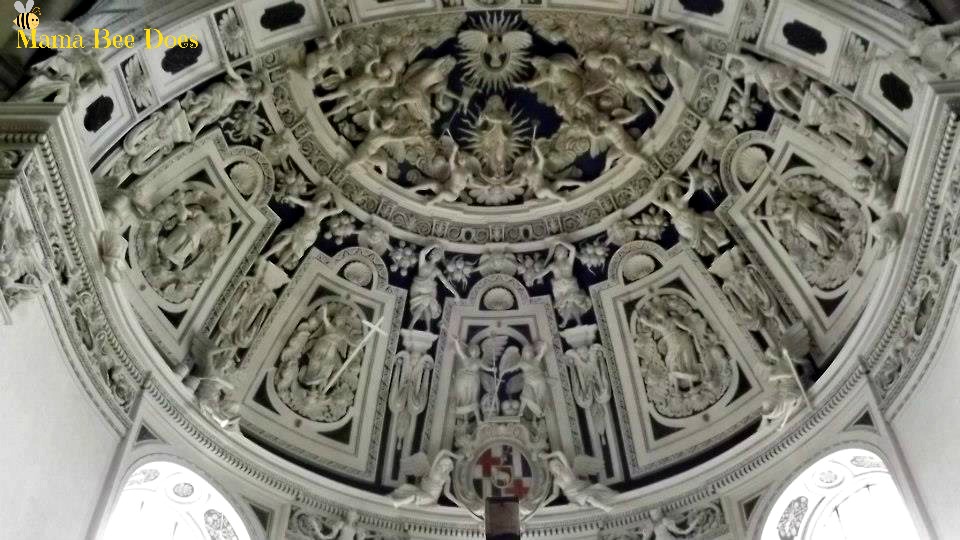 It is the oldest cathedral in the whole country and largest church structure in the city. The Dom has been on the UNESCO (United Nations Educational, Scientific, and Cultural Organization) list of world heritage sites since 1986. It is the home to the relic of the Seamless Robe of Jesus. There are also burial sites for Bohemond II, Baldwin, Henry I, and Udo, all of whom were Archbishops of Trier. There is also a burial site for Franz Georg von Schonborn-Buchheim. The inside of the cathedral is statues and murals that are simply breathe-taking. I would highly recommend taking a peak for yourself, if given the chance. Pictures just don’t do this place justice. 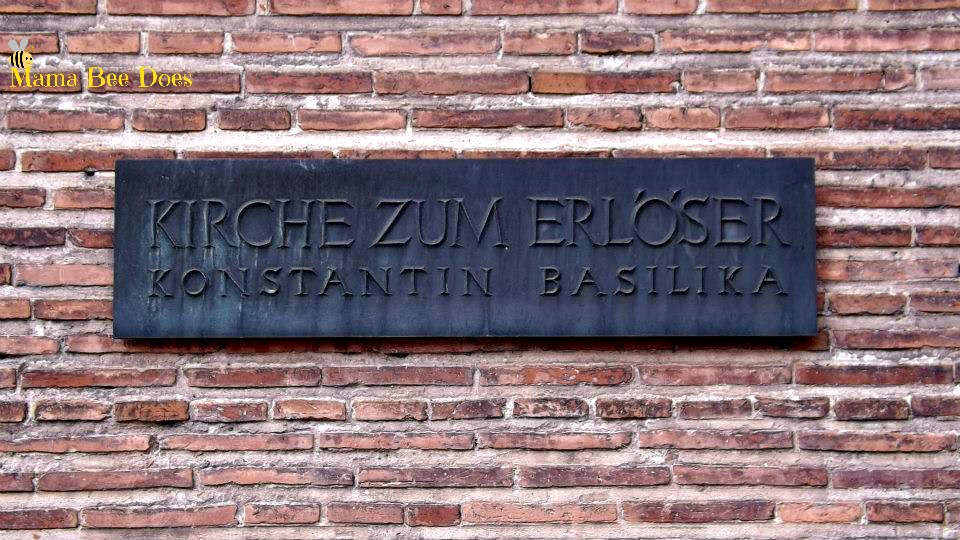 The Konstantin Basilika was the throne room of Emperor Constantine. It is the largest single room the survived from antiquity. The inside is decorated with marble, mosaics and statues. The Basilika has been used as the first and oldest Protestant church since the mid nineteenth century. We did not go inside but did walk past it to get to many of the other historical sites. 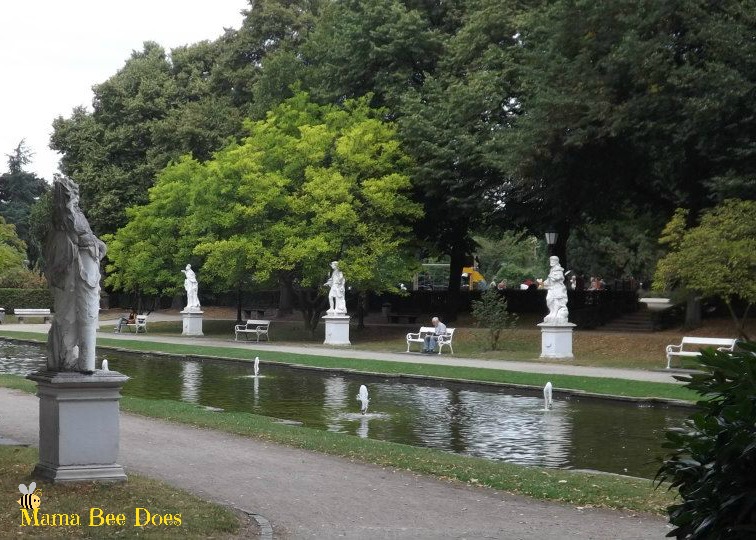 The Palace garden is located just behind the Basilika. The Electoral Palace was built as a wing to the Basilika. It is considered one of the finest examples of Rococo style in Germany. The gardens are a peaceful oasis in the middle of the city. It is lined with statues. There are plenty of places to just sit, relax and take it all in.
The Amphitheater is from the Roman period, just like most of Trier. Since 1986, it has been a part of the UNESCO World Heritage Roman Monuments, Cathedral and Church of Our First Lady in Trier. If you were to go, I would suggest the summer time around August. That is when the biggest Roman games in Germany are held, The Festival of Bread and Games, and they have mock gladiator fights. In the same area are the Imperial Baths. They were built by the Romans over 1600 years ago. The baths are considered the grandest and most impressive baths in the world. I would compare them to a modern-day spa and country club.

Depending on which way you enter into the city, you will either come to the Dom first or the Porta Nigra. Our first trip we saw the Dom first and our second and last visit we came to the Porta Nigra first. The Porta Nigra dates back to about AD 180. Its name is the medieval meaning for black gate. AT one point in history it was turned into a double church, which is why you will find roman stone masons marks, date inscriptions and traces of the double church inside. Like many of the other places we visited in Trier, we did not go inside but we did walk through its passage way. 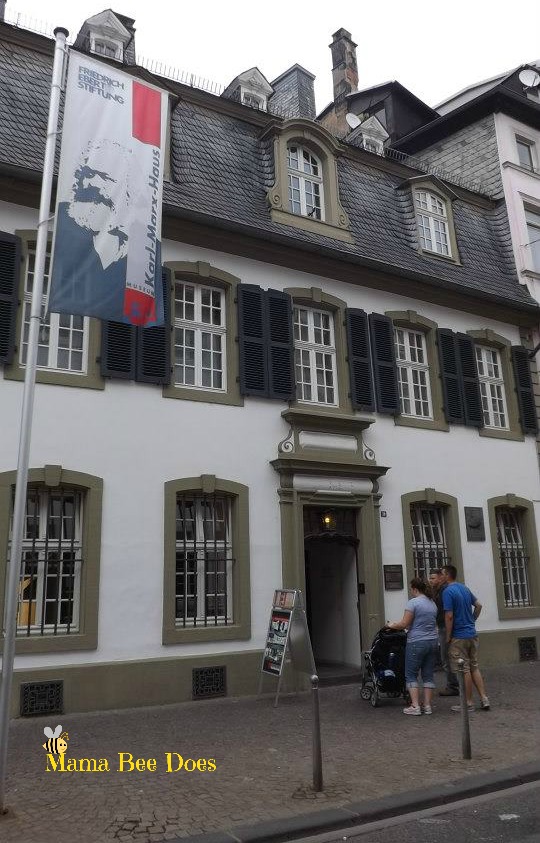 Last but not least, we happened upon the Karl Marx house. Karl Marx was born in the house on May 5, 1818. The house was forgotten until 1904. On May 5, 1931, Marx’s 113th birthday, the house opened as a memorial site. For one reason or another, the memorial site was closed. Then, on May 5 1947, it opened back up as a museum, The Karl Marx Haus, the houses several exhibition spaces that tell of the life and work of Karl Marx himself.
This ends our visit to Trier. As I stated before it is not at the top of our "favorite places" list but it is still a very beautiful city with a lot of history to be told.