Jersey Boy loves to tease me about my celebrity crush Vin Diesel. I've had the hots for him for a while now. I think the first time I noticed him was in Saving Private Ryan. I've seen everything he's been in since then. Even the movies where it's just his voice like Guardians of the Galaxy. If you love Vin Diesel as much as I do or you are a Guardians of the Galaxy fan then you'll want to enter the giveaway below. I Am Groot!

I Am Groot Guardians of the Galaxy 2 Giveaway 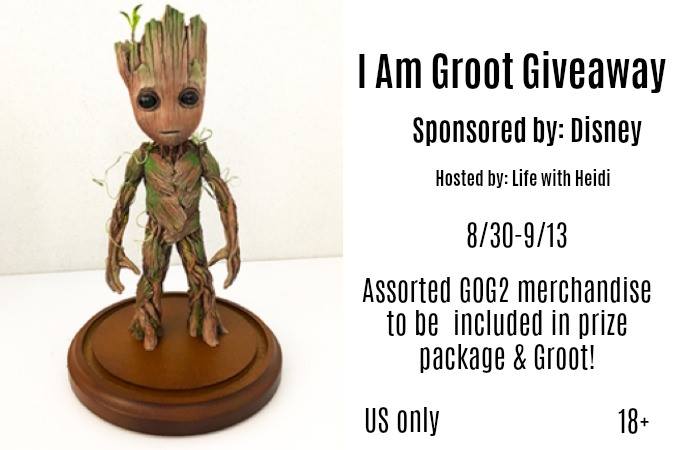 Marvel’s Guardians of the Galaxy Vol. 2 marks the Studios first in-home title to release in stunning 4K Ultra HD format, providing consumers with the ultimate home entertainment experience with next-generation high dynamic range visuals and Dolby Atmos immersive audio. Set to the all-new sonic backdrop of Awesome Mixtape #2, the film’s storyline continues the team’s adventures as they traverse the outer reaches of the cosmos. The Guardians (Chris Pratt as Peter Quill/Star-Lord, Zoe Saldana as Gamora, Dave Bautista as Drax, Vin Diesel as the voice of Groot, and Bradley Cooper as Rocket) must fight to keep their newfound family together as they unravel the mystery of Peter Quill’s true parentage. This blockbuster sequel featuring the world’s favorite band of intergalactic misfits, has blasted into homes and we are ready to celebrate!

If you haven't picked up your copy I recommend you doing it, I don't want to spoil the movie for you, but to say that I've watched it 3 times since receiving it, might tell you something...And Baby Grooot (Vin Diesel) is the perfect addition to the cast and makes it an even better movie! But if you have missed Guardians of the Galaxy, I strongly suggest you watch it first, because that will set the stage for this movie. But it does stand alone if need be!

Prize consists of the Special Edition Groot you see above which is about 10 inches tall with a glass dome to protect him. Plus a variety of other themed Guardian of the Galaxy items. Prizing and samples courtesy of Disney
Enter for your chance to win this great prize pack below!
a Rafflecopter giveaway

Disclosure:
We reserve the right to make revisions, to cancel, or suspend this contest for any reason. We are not associated with any of the companies named above. The odds of winning are based on the number of entries received Open to the US 18+ only. Confirmed Winner(s) (by Random.org) will be contacted by email. Winner(s) have 24 hours to respond before a new winner is chosen. No purchase necessary. Void where prohibited by law. The sponsor(s) will be responsible for product shipment to winner(s) of this giveaway. Life with Heidi (and any other blog participating) is not responsible for product shipment/delivery. This event is in no way administered, sponsored, or endorsed by, or associated with, Facebook and/or Twitter, Google, Pinterest. This disclosure is done in accordance with the Federal Trade Commission 10 CFR, Part 255 Guides Concerning the Use of Endorsements. Entrants must only enter with either one email address, IP address and/or Facebook account, anyone found violating these rules will be disqualified. It is at the sole discretion of the admin of the giveaway if the winner has met the rules or not. 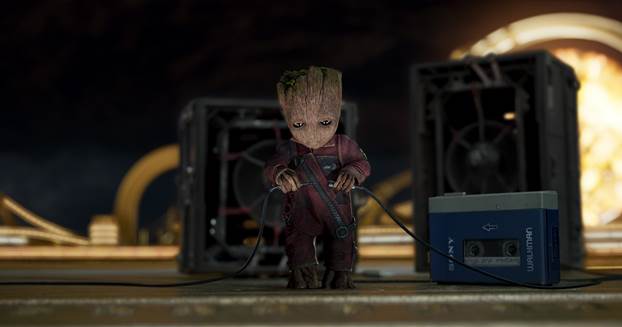 GUARDIANS OF THE GALAXY VOL. 2 - Now Playing in Theaters Everywhere