-Toast raw flour in order to kill bacteria. Simply place the flour on a cookie sheet and allow it to bake for five minutes at 350 degrees.

-Using a stand mixer, cream together the butter and sugar until fluffy and creamy.

-Mix in the vanilla and salt until combined. 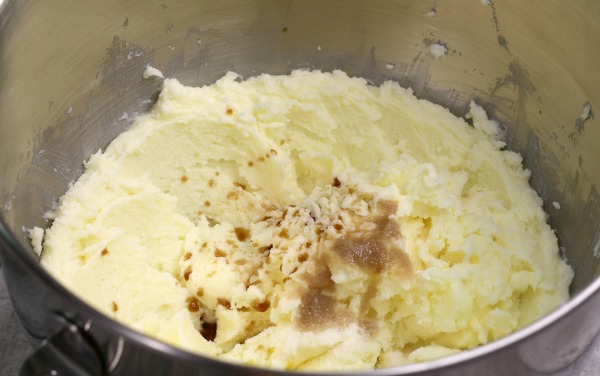 -Gradually mix in the flour until combined.

-Evenly divide the dough batter between the three different bowls.

-Add in a few drops of each color into their own bowl until you achieve the red, blue, and yellow shades you prefer.

-Mix in ⅓ cup of the sprinkles mix you created in to each of the three bowls. 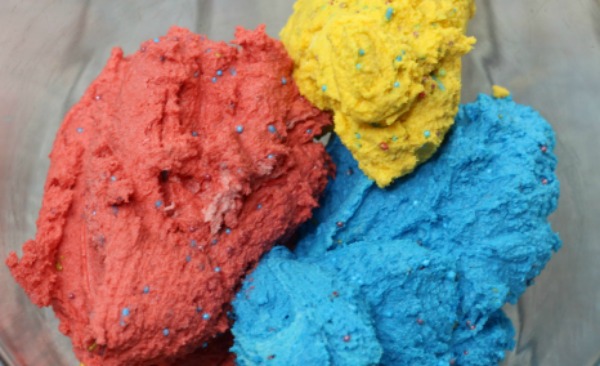 -In a larger bowl, place all three of the colored cookie dough balls and lightly fold with a rubber spatula a few times to get the colors slightly mixed together.

-Scoop out dough into bowls and have a marvelous treat! 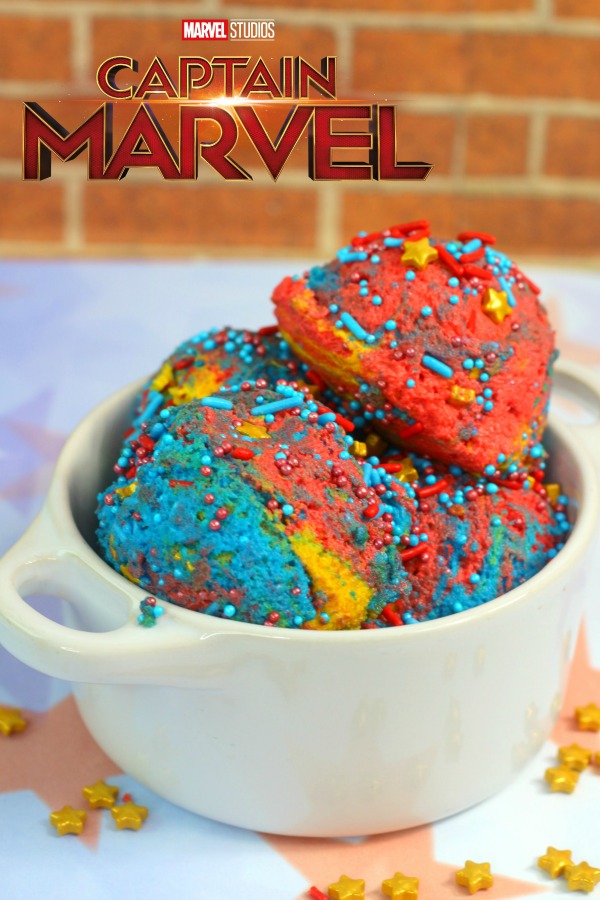